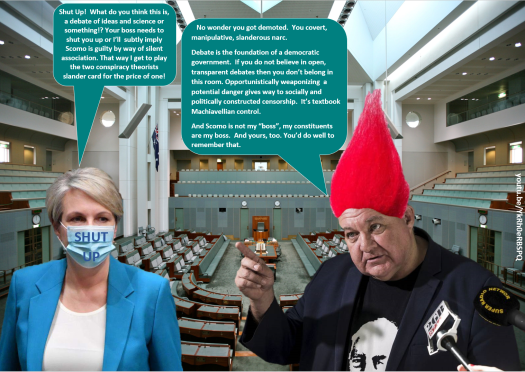 3.  Promote the under-classes as the new super-classes.

4.  Dehumanise, demonise and discriminate the majority of Australians.

6.  Use the struggle and noise created to further strip citizens of their rights.

7.  Shame people who refuse to join the Borg.

9.  Use minorties as human shields for self-protection.

12.  If all modes of control fail then attack and destroy.

Australian politicians have become extremely adept at using identity politics and then covering their tracks with these 12 shallow rules because dividing a culture pays excellent vote dividents. However, in doing so they are also exposing themselves to excellent chances for treason charges by a populist who may rise in the future.  I wouldn’t wanna be in their red, sparkly, tranny shoes should that happen…